My Grandfather Didn’t Go to Cuba

Havaneres come from Havana, don’t they? Well, no. Or rather, yes, but no. All traditions are to a greater or lesser extent social constructions, idealised recreations of the past we think existed, and the havanera is no exception. As writer and pedagogue Joan Soler i Amigó explains in Cultura popular tradicional (“Traditional Popular Culture”, Pòrtic, 2001), “The havanera began in nineteenth-century Cuba […]. It was a derivative of the English country dance and the later French contredanse, which then became the contradansa in Catalonia. The creolisation of the European rhythm, influenced by the Antillean son and danzón, became known as the ‘American tango’ or ‘Americana’, later called the dansa havanera or simply havanera.”

In other words, the havanera was a European rhythm imbued with a Cuban flavour but, while the style fell into disuse in Cuba at the beginning of the 20th century, here its popularity has endured, albeit with some transformations. On the one hand, academic musicians such as Ravel, Bizet, Debussy, Albéniz, Falla, Tàrrega and Montsalvatge included it in their repertoire during a phase of what was then referred to as “musical nationalism” (expressions of folklore from the four corners of the earth brought into classical music). On the other hand, the genre simultaneously wove its way onto the popular scene: it was sung in music halls, cafés and zarzuelas. Soler i Amigó adds that “Josep Anselm Clavé actively promoted havaneres, considered to be chanted contradanses, and even wrote some himself.”

In Això és l’havanera (“This Is the Havanera”, La Campana, 1995), Xavier Febrés holds that the havanera as we now know it essentially comes from this popular Spanish expression, increasingly distanced from the Cuban original. The journalist says that “the characteristics of the zarzuela allow for singular pieces to be introduced into the overall structure of the work, for example seguidillas, minuets, rondós, guajiras, jotas and contradanses” which “in some cases became more popular than the work as a whole.” Zarzuelas which contain havaneres include Don Gil de Alcalá by Penella Moreno, Marina by Camprodon and Arrieta, La verbena de la Paloma by Bretón and Los sobrinos de capitán Grant by Carrion and Caballero.

The point is that these pieces have almost nothing Cuban about them. They adopted clichés from the Caribbean: “One of the main or scenic protagonists in the havaneres transplanted in Spain, along with the sensual mulatto woman, was the indolent, naïve, funny and ignorant black man.” Josep Pla laughed at the havaneres when he was a teenager: “The thing takes on a completely Venetian gondolier air, and if the moon comes out the illusion is complete.” Moreover, when explaining that Gaztambide, one of the most prominent writers of zarzuelas at the time, took up the genre, Pla said that he perpetrated rather than created “Americana”.

As such, we are dealing with a stereotypical recreation of a distant ideal, a caricature. Because of its supposed origins, or because of the world they were trying to recreate, havaneres were sung in Spanish. The sensational hit El meu avi by Josep Lluís Ortega Monasterio (a Cantabrian native who settled in Catalonia) made local authors realise that they too could write in Catalan. Fortunately, the havanera’s lyrics and music have evolved significantly. La balada d’en Lucas, also by Ortega Monasterio, for instance, forgets the Antilles entirely to tell a tale much closer to home: how the arrival of mass tourism affected a coast which consequently became less brava. 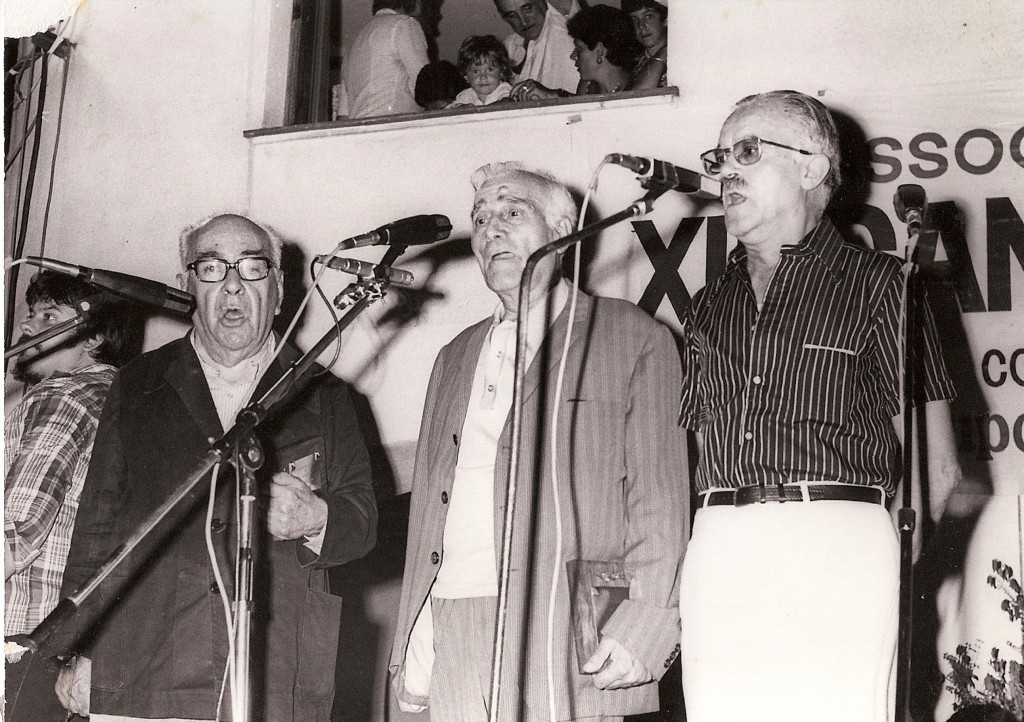 Whatever the origins, the havanera is a lively and captivating genre. Like tango or flamenco, it can be performed without intensity as a mere money-making machine or it can be experienced with admirable results. Dedicated fans of the genre won’t accept any old interpretation. Just as they say flamenco has duende when performed with soul, when the havanera rocks you gently and immerses you in sweet nostalgia, they say it has salanc, a salty crust.

If, like us, you love havaneres, here are a few dates for you to enjoy them this summer. It is not a complete list: if you know of any more, please let us know!