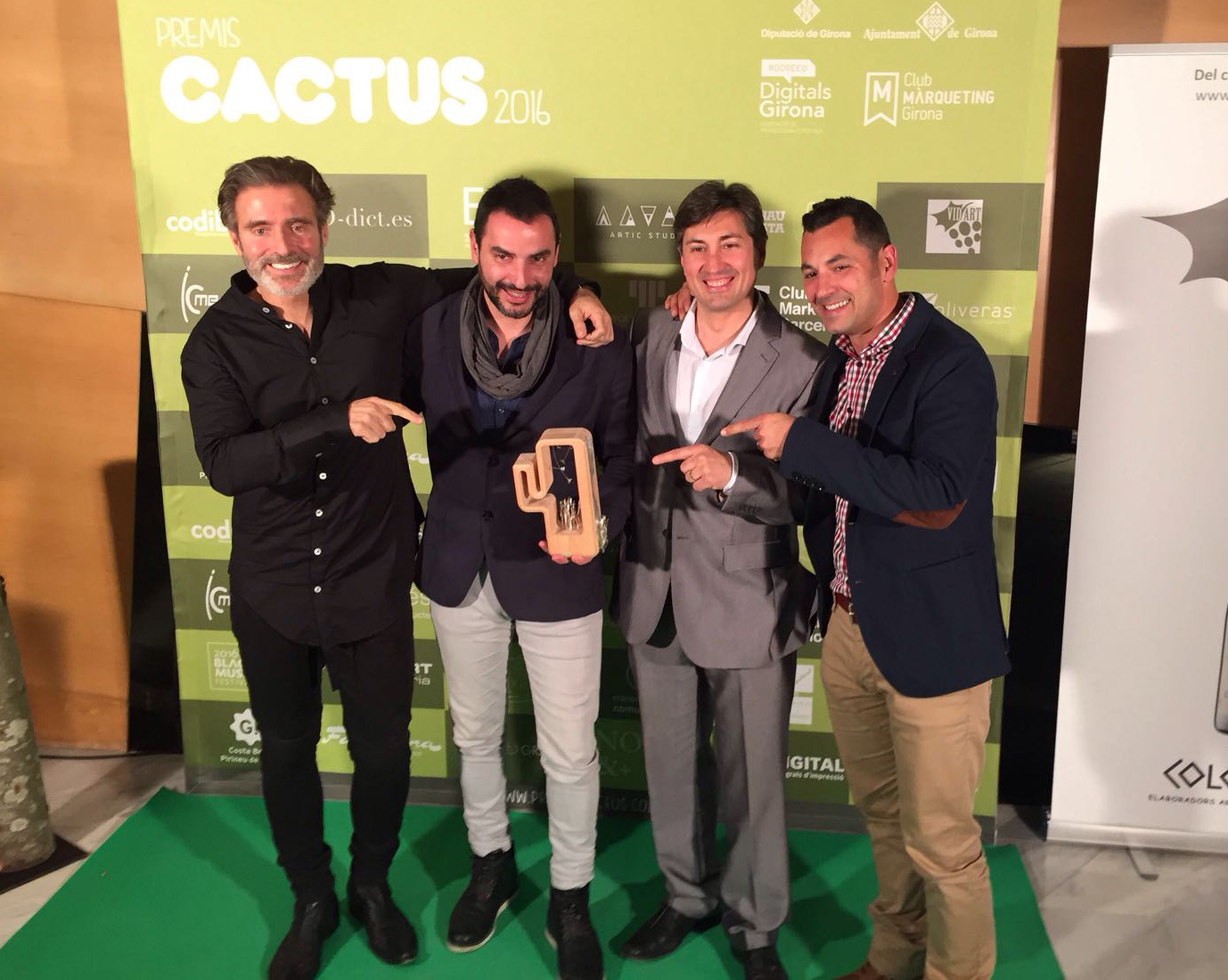 La Brava was awarded the Grand Jury Prize at the 2016 Cactus Awards presented on 10th March at the Municipal Theatre in Girona. This year sees the second edition of these awards, which are organised by the Girona Marketing Club in recognition of the best communication and marketing campaigns in the province of Girona.

The Grand Jury Prize is the highest accolade in this initiative. The award ceremony was presided over by Neus Munté, Councillor for the Presidency of the Generalitat of Catalonia and a spokesperson for the Government. Jaume Pagès, head of marketing at La Brava Beer, received the award and congratulated the award organisers, the other co-founders of the company (Cesc Aliart, Sergi Carmona and Paco Sánchez), the sponsors who have demonstrated their faith in the project, the artisan brewers and the adverts produced by the competition.

Speaking about the La Brava advert, Jaume said, “We wanted it to be a reflection of our values, of our honesty, of the respect and passion we feel for the land, for Catalonia and especially for the Costa Brava. We wanted to show the real Costa Brava, the one I have suckled from since I was a boy, when I came to spend my summers here, windsurfing in Sant Pere Pescador, and the one my colleagues live in.”

Anna Carbonell, president of the Girona Marketing Club, emphasised that the aim is to consolidate the awards so they become the benchmark awards for the sector in Catalonia.

The list of all the award winners will soon be available at Premis Cactus.

You can also find more information on social media and add your voice to the conversation with the hashtags #LaBravaBeer and #PremisCactus2016.

La Brava Beer is also celebrating its position as a double finalist in the categories of Best Management of Language and Communication and Best Marketing Initiative in the 2015 E-TECH Digital Awards, presented by Girona’s Association of New Technology Companies. You can see more at the AENTEG website.

The “La Costa Brava” advert was produced by Vimema, written by Alba Sastre and directed by Carles Valdés. The voiceover was done by Jordi Boixaderas. The video has had 425,572 views so far and has been discussed on several media programmes. At its peak, it had over 10,000 views per hour on YouTube.