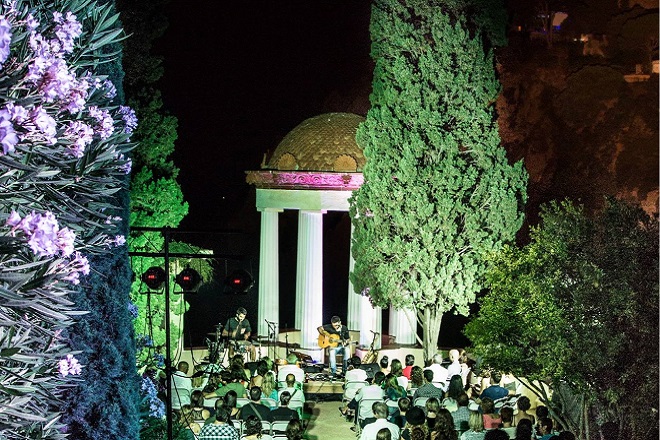 This August the Marimurtra Botanical Garden in Blanes is once again the setting for a festival which year after year is proving to be one of the Costa Brava’s unmissable summer events.

With the Mediterranean Sea as the backdrop, the incomparable setting of the Linné Temple will see four performances by renowned artists who represent the soul and commitment of this festival, once again organised by the Fundació Carl Faust. No other festival in Catalonia can boast that it donates 100% of its profits to social projects. These include the “protection and development of Mediterranean biology studies, […]cooperation and international relations jointly benefitting scientific research and education.”

Soul singer Mónica Green will open Les Nits de Marimurtra 2016 on Saturday 6th August with a concert which also aims to raise money for the PID Foundation. The Foundation is an initiative “which aims to generate resources for research into primary immunodeficiencies.”

A week later, on 13th August, The Gospel Viu Choir will present an exclusive preview of their new show “Reload”. With 40 powerful voices, the concert reminds us that this choir sets the standard for contemporary gospel in Spain.

On Friday 19th August, Girona native Susanna del Saz will pay homage to the composer Armando Manzanero, one of the great icons in the history of the bolero. Finally, on Saturday 27th August, one of the newest sensations on the independent pop scene, Marion Harper, will bring Les Nits de Marimurtra 2016 to a close.

As well as the attractive line-up, Les Nits de Marimurtra will again offer fine food nearby at its bar-restaurant in the Plaça de Tossa, where La Brava makes its debut as the official festival beer this year.

The festival audience will be able to enjoy the first beer inspired by the Costa Brava both in this fantastic setting and well into the night at the Goethe Plaça as well as tasting it as part of their exclusive gastronomy packs.

This year’s event promises to attract a larger audience than ever with the first two concerts already having sold out. Here at La Brava, we hope to see you there!