Tips to Learn the Names of the Mediterranean Winds 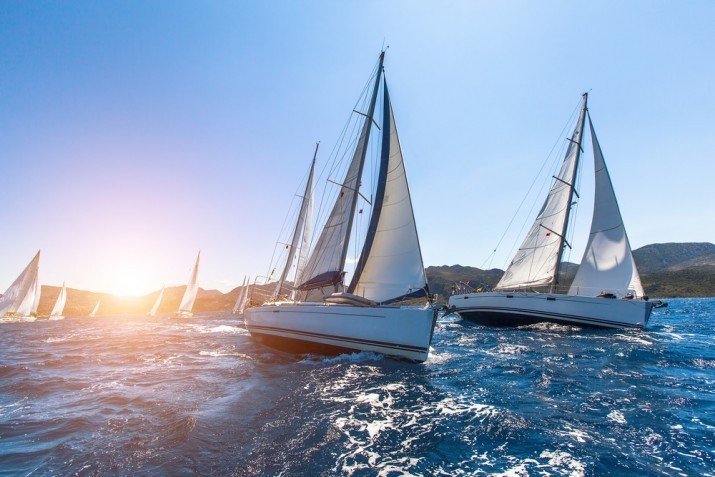 26 Aug Tips to Learn the Names of the Mediterranean Winds

Most people know that the compass rose has eight directions: the four cardinal points (north, south, east and west) and the intercardinal intervals (northwest, northeast, southwest and southeast). You may also know that there are different wind names corresponding to each compass point, hence the name the Rose of the Winds. However, few people know the names of these eight winds. This post explains what they are and give you mnemonic tips on how to remember them.

The northerly wind is quite well known in Spain because it is one of the most commonly occurring, particularly on the Costa Brava. The name Tramontane (tramuntana in Catalan) comes from the Latin transmuntanus, meaning “over the mountain,” and describes the wind that blows down from France over the Pyrenees. In Catalan it is also known as the vent de port or simply port in reference to the fact it descends through the mountain passes.

The southerly wind is the Ostro, derived from austral, meaning “of or relating to the southern hemisphere”, as in Australia. In Catalan it is easy to remember: known as the migjorn (midday), it refers to the hour at which the sun is in the south, whence this wind comes.

The easterly wind is the Levante (in Catalan llevant). Derived from the verb “to rise”, the name is a reference to the direction in which the sun rises.

The wind coming from the northeast is called the Greco or Gregale (gregal in Catalan), derived from the word Greek. Even though Greece lies to the east of Spain rather than the northeast, the wind was given its name by sailors from southern Italy, for whom it was an accurate orientation. When they were fishing or trading in the Ionian Sea, the Gregale (or grecale as they called it) blew in from Greece. The influence of the Italian seafarers reached Spain when the Kingdoms of Naples, Sicilia and Sardinia belonged to the Crown of Aragon (very broadly speaking, from the 15th to the 18th centuries).

The northwester is known as the Mistral, Maestro or Maestral. If we take the latter name, it rhymes with Gregale, which may make it easier to remember. In Catalan it is known as the mestral, serè or cerç, perhaps having so many names because it is one of the most frequent winds here. In the south of Catalonia the Ebro River drives it along while it often blows hard across the Roussillon plain in France too, channelled by the Garonne River. Both rivers run northwest to southeast, helping us to locate the Mistral on the wind rose. And if you are clear about the rivers, but you can’t recall the name of the wind, it might be of use to think about the Occitan writer Frederic Mistral, winner of the 1904 Nobel Prize for Literature and a native of Provence, a region frequently whipped by the Mistral.

The sou’easter is the Sirocco. According to the Dictionary of the Royal Spanish Academy, the word could come from the Catalan xaloc, which in turn is a derivation of the Hispanic Arabic šaláwq or “sea wind”, originally coming from the Latin salum or “agitation of the sea”. It has also been said that Sirocco comes from the Arabic word shaluq or southeast. So, if we can remember the word has an Arabic origin, we will correctly associate it with a region situated to the southeast of Spain.

The llebeig or garbí (both in Catalan) or Libeccio (Italian and the name most commonly used in English), are all equally valid terms for the wind from the southwest. If you have experienced it, you will know that it often gives the sky a yellowish hue, as it brings the sand from the Sahara with it. Perhaps you have heard the Catalan song “La calma del mar”: “Bufa, ventet de garbí, vent en popa i mar bonança, que anirem cap a llevant, fins a la ratlla de França” (“Blow, little Libeccio wind, wind in the stern and a benevolent sea, we shall go east, towards the line of France”). If the song says we are headed to France and also eastwards, perhaps we are going precisely northeast, pushed by the sou’wester. 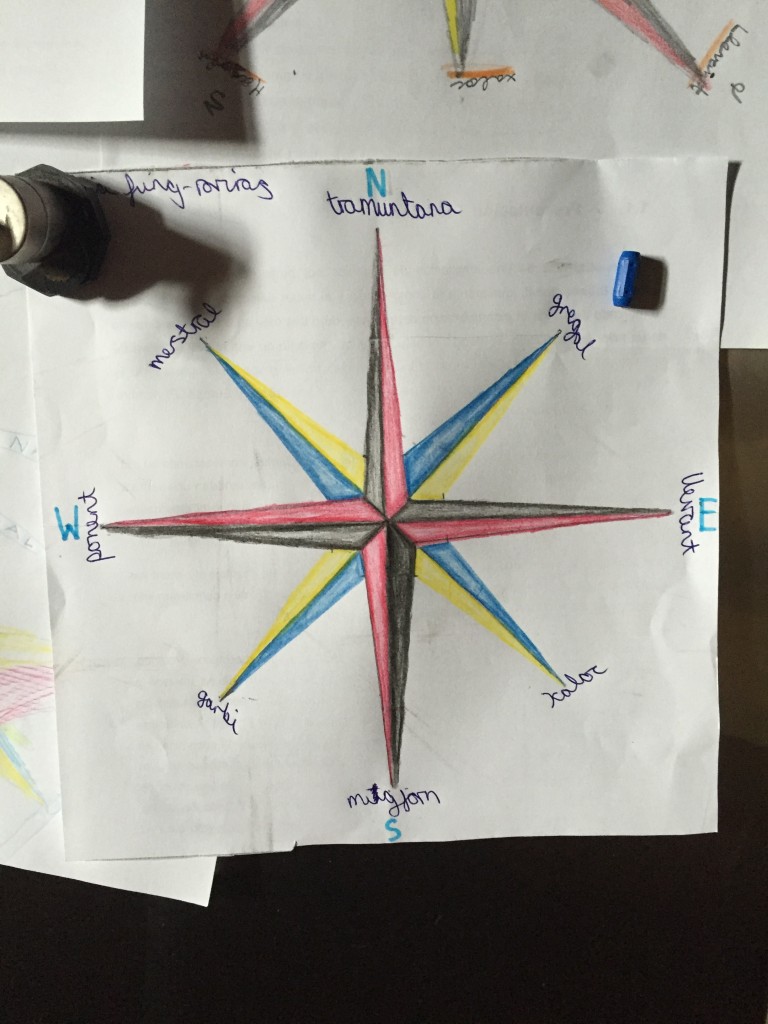 By the way, did you know that the Rose of the Winds was a Catalan invention? The first eight-pointed star drawn on a map to indicate the cardinal and intercardinal points was the work of Majorcan Angelí Dolcet (14th century). The first compass rose to include the names of the winds appeared in the Catalan Atlas, dated circa 1375, which was attributed to fellow Majorcans Cresques Abraham and Jehudà Cresques.