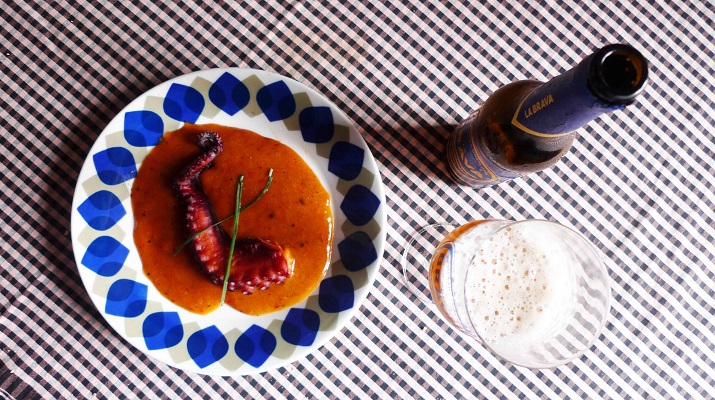 An easy, original and closer-to-home alternative to the classic Galician-style (or ‘á feira’) octopus. In fact, as well as the Atlantic and Cantabrian coasts, the Mediterranean is the main breeding ground for this valued cephalopod in Europe. On the Costa Brava, one of the most desirable spots for fans of submarine fishing, octopus is one of the most highly prized catches.

As such, to inaugurate our La Brava Recipes section, we want to celebrate this delicacy with a simple recipe that goes down a treat at any time of year. Based on octopus, potatoes and, of course, the best pilsner beer, it’s sure to become a firm favourite! Enjoy!